Boy, March is such an interesting month in the garden. Everything takes off. Leaves sprouting, bulbs blooming, everything getting greener. Here is an example. On March 14th the wisteria was just in buds and then by the time I returned from my work trip - guess what, the blooms had started.
It seems one day the buds just appear - like out of no where. It's pretty cool really, but it will only get better as time goes on, and my sneezing will get worse, but I'll gladly pay that price for open windows and flowers blooming. When the cluster of flowers start to open it's well worth the show. This is what reminds you why it's worth it to keep the plant around all year just for these few weeks.
Besides that, it's damn near impossible to kill the thing. This vine was in a pine tree that was taken out by Hurricane Ivan (2005) and even though we had the stump ground and I expected the wisteria to be a casualty of the grinding too - nope, not to be, happily for me. We have had to give it something to grow on though. It has a re-bar frame underneath everything that you can only see in the depth of winter. It's my version of sculpture. It's pretty cool.

Why is it magazines always arrive weeks ahead of their dates? I received the March & April 2011 edition of Cook's Illustrated weeks ago. I don't get it, but I also don't get why you receive a renewal bill a year in advance either - I won't pay one more than three months out - it seems like a racket to me.  But I'm me, so no big surprise there.
So I love to go through anything I get from Cook's Illustrated or Cook's Country magazines and pick out the recipes that I want to make. The trouble is that I sometimes don't go back and make any of it and I need to figure out a way to how to keep these good ideas to the front of my mind. Perhaps going to my online version of their websites and printing the recipes to add to my notebooks.
So here is what I have picked from this magazine:
p.  6-7 - Ultimate Steak Sauce - What a cool idea. Make your own steak sauce. Really? I must try this. It also has a recipe for cooking steak inside - which we rarely do since we can grill out the vast majority of the time.
p. 8-9 - Simplifying Potato Galette - This looks simple with only a few ingredients. But you know with Cook's Illustrated, it won't be or if it is, it will involve lots of dirty dishes.
p. 13 - Quick Mushroom Ragu - So will it only take 30 minutes to make it? I doubt it. Sauce needs to take longer - to me, it's a weekend thing - that you serve during the week after it sits in the fridge for a couple of days. I'll give this a go - on a weekend.
p. 14-15 - Wicked Good Boston Cream Pie - I have never made a Boston cream pie before, even though it's not a pie per se. It does seem like something I would like and it's components, well, I could really like it. I hope.
Posted by Jj at 18:22 No comments:

and lots of things that have to do with St. Patrick's Day celebrations in the United States. Wearing green on a particular day is annoying. It's one of my favorite colors to wear, but not because of some basically made up holiday. Don't tell me what to do - I don't like it. And if any body pinches me, they get popped one right in the chin. Parades... groan. Maybe it's because by now, we've been through Mardi Gras and the whole Carnival season, which is a huge regional celebration, and seen plenty of parades - more parades than is ever necessary - adding a green themed one is just annoying. Everyone pretending to be Irish for the day must be an insult to those that truly are Irish. It's sort of silly, really. And the biggest travesty is green beer. Who would do something like that? It's ridiculous, it's insulting to good beer, and it's just plain moronic. 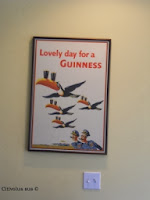 If you're going to celebrate St. Patrick's day, drink a real Irish beer - and the first one that comes to mind is one of my favorite beers of all time - Guinness. Guinness is complex. It's rich, slightly thick, tastes of coffee and chocolate and is creamy and smooth. It might be an acquired taste, but I think if people just went to it with an open mind instead of the "I don't like dark beer" mind set, it might be an easier transition from pale green swill that has been dyed green.
So stop with the green beer already.
Please.
Posted by Jj at 07:22 No comments:

I have to go out of town tomorrow for work - groan. But to keep up w/some meeting I'm planning for next week, I have to take a laptop with me. Consequently, I'm giving it a run for it's money in the blog department as I have been debating if I want to get a laptop or not or maybe even a netbook. So I'll work on the Citivolus sus tonight and see how I like it. That should help me decide.

We'll see. Yes, I'm sceptical of almost everything.
Posted by Jj at 19:27 No comments: 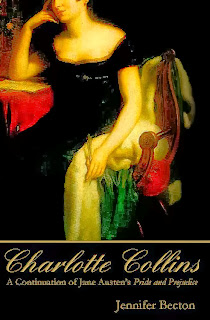 Summary: When Charlotte Lucas married Mr. Collins in Jane Austen's Pride and Prejudice, she believed herself to be fortunate indeed. Her nuptials gained her a comfortable home and financial security. If she acquired these things at the expense of true love, it did not matter one whit. To Charlotte, love in marriage was nothing more than a pleasant coincidence.
As the years of her marriage dragged by, Charlotte began to question her idea of love as she suffered continual embarrassment at her husband's simpering and fawning manners. When Mr. Collins dies, finally relieving everyone of his tedious conversation, she must work feverishly to secure her income and home. She give no further thought to the prospect of love until her flighty sister Maria begs her to act as her chaperone in place of their ailing parents. Hoping to prevent Maria from also entering an unhappy union, Charlotte agrees, and they are quickly thrust into a world of country dances, dinner parties, and marriageable gentlemen.
But when an unprincipled gentleman compromises Charlotte's reputation, her romantic thoughts disappear at the prospect of losing her independence. As she struggles to extricate herself from her slander, her situation reveals both the nature of each gentleman and of true love. (source: bectonliterary.com) *


Comments: As mentioned, I burned through this book. It is a great read and so very enjoyable. Charlotte, as a character in Pride and Prejudice, was so practical and in my mind lowered herself by accepting the odious Mr. Collins. No one could want to get married that badly, could they? Really? But Jennifer Becton has really made Charlotte Collins into a more complete, three dimensional character. Evidently intelligent (she must be, to be Lizzie Bennett's best friend), she's rational and conventional, but in reviewing her life with Mr. Collins she sees that perhaps she had made a mistake by agreeing to marry for security instead of love or even for respect. She does not want her younger sister Maria to make the same mistake.
Bring in the ugly Americans - a devise that I find absolutely charming in this case because it is handled so very well.  Mr. James Westfield and his uncle and chaperone, Mr. Benjamin Basford arrive in the area on Mr. Westfield's tour his historical homeland.  Westfield is practically worshiped by the younger ladies in attendance as he is both handsome and rich (which a young man should be, if possible). He shows a decided interest in Maria and they make a handsome couple. While Basford seems to have an odd sense of humor and plagues Charlotte with what she considers inappropriate comments. He's also relaxed and dressed quite differently from what she is accustomed to - but that's only the beginning. I adored him from the first - what a charming, disarming,  and fun gentleman. Ms. Becton's description of the first ball in the novel made it almost feel like I was there - a nice place to be, I have to say.
Ms. Becton creates real characters, real situations and real tension. I do so hope there is a follow up to this book because I would like to see what happens next to both Charlotte and Maria.
Questions: Does rosemary grow in Kent? In England? I don't remember seeing any there while I was there, but who is to say.
Would Charlotte have used "Mrs. Charlotte Collins" on her calling card? What was Mr. Collins's christian name? Did he have one in Pride & Prejudice?
Would Sir William and Lady Lucas have sunk like that financially?
I totally think about random things like this while reading.


*The last sentence of this summary isn't clear if you don't know that there are two gentlemen interested in Charlotte.
Posted by Jj at 19:22 No comments: 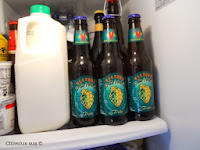 I found this beer at the 2010 BAM Fest (Beer, Art, Music) at the Bridge Bar in Gulf Breeze. I had never had anything from Victory before that time and just finding this pilsner was worth the cost of admission to BAM. I hope they will hold the festival again this year - need to call and find out.
Victory Prima Pils - it's just so clean and so refreshing. I can't get enough, but what's great is that now my local grocery store carries it. Craft beer seems really to be making it mainstream - a lovely thought indeed. 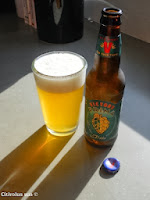 From Victory: Though we'd been through a few (pilsners) in our years with other breweries finally, with the choicest, freshest European hops and the finest German malts, we had achieved what we'd sought for so long Prima... an exclamation of our Victory. 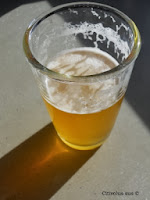 
"But in the face of ongoing disaster, it is also our moral responsibility to appreciate what we have.  That is why cooking good food for the people that I love is so important to me; in a world filled with no, it is a big yes."